Mystery of the Arcadian Ruins 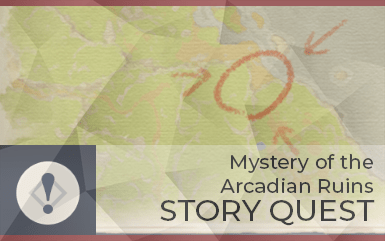 Mystery of the Arcadian Ruins

According to Kaeya, his pirate grandfather left behind a treasured sword that has been buried in the Lost Arcadian Ruins. To prevent it from falling into the wrong hands, you search high and low for intelligence regarding the ruins.

In order to begin this quest, the player must first complete the Kaeya’s Troubles Quest.

Step 1: Meet with the informant at the designated location

Step 3: Talk to the informant 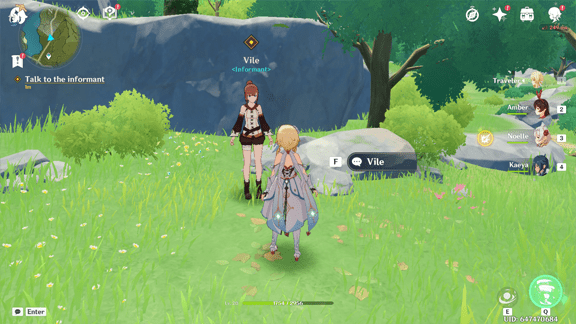 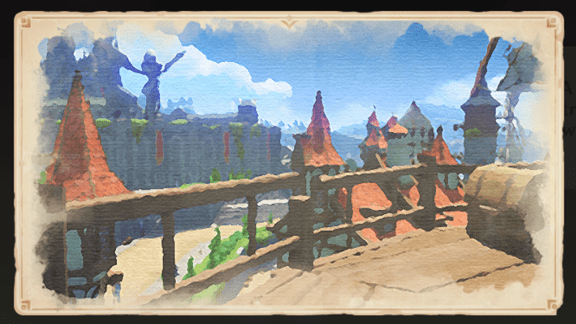 The hint reads: “Three Six-Armed Giants reside in the city in the lake. Two guard the statue, one, the treasure”

The hint speaks of “the city in the lake” which refers to Mondstadt and the “Six-Armed Giants” refers to the Windmills within Mondstadt.

Step 5: Solve the mystery (Go to Kaeya at the Knights of Favonius HQ for a hint)

Step 6: Look for the location in the riddle
In order to proceed with this quest, you will need to head over to the location shown in “Treasure Clue (I)”, which is in the City of Mondstadt on one of the Windmills. Interact with the Common Chest there. 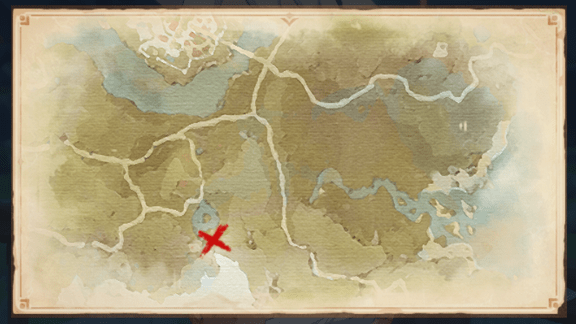 The Hint Reads: “She doesn’t love him at all. The passion rushing through the clear spring is just a front. When she’s cold and alone, Her true heart is revealed.”

This hint refers to the Waterfall in Springvale.

Step 8: Look for the location in the riddle

When you arrive at the location, you’ll need to use a Cryo Character. Luckily by this point you’re guaranteed to have Kaeya as a character. Make sure to add him to your party. and use his Cryo Ability to activate the Monuments.

Interact with the Exquisite Chest and obtain a Treasure Map. 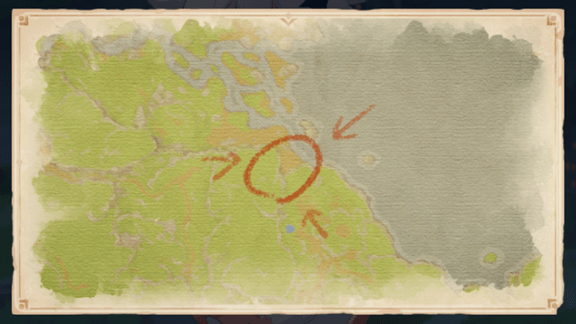 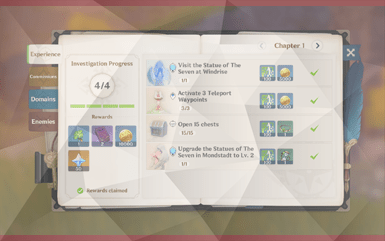 If you're a Genshin Impact player you'll eventually come across the Adventurers Handbook. Completing the tasks within... 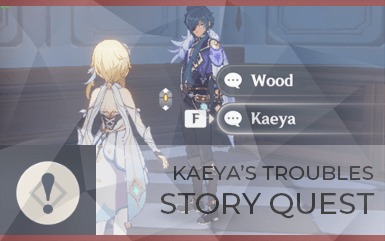