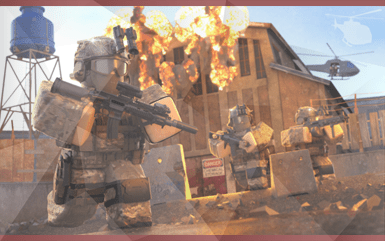 This is the ultimate list containing all currently active Roblox Military Tycoon Game Codes. These Promo Codes can be used to obtain a variety of in-game items absolutely free.

For this game, the items that you can obtain include; Credits.

How to Redeem these “Military Tycoon” Promo Codes?

Simply copy the code from our list of Promo Codes. Then head over to Military Tycoon on Roblox.

Once there, simply click on the Checkmark Button on the right of the screen. Then paste your code where it says “Enter Code”.

You can join the Official Roblox Group to receive additional in-game rewards including; Free MP9

You can find more codes for this game by simply following the developer’s Twitter account.
Tweets by gamefamstudios

Military Tycoon is a military themed shooter where you can play as a country and take over the world! Fight with a military grade arsenal, and wage warfare with an ever expanding vehicle list of helicopters, tanks, and boats! Conquer oil rigs and control points to boost your nation’s earnings. Updates are always on the way!