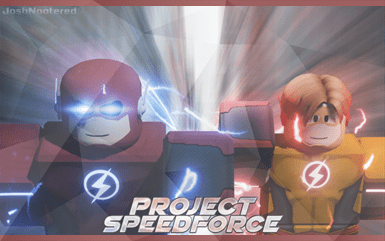 This is the ultimate list containing all currently active Roblox The Flash: Project Speedforce Game Codes. These Promo Codes can be used to obtain a variety of in-game items absolutely free.

For this game, the items that you can obtain include; Cosmetics.

How to Redeem these “The Flash: Project Speedforce” Promo Codes?

Simply copy the code from our list of Promo Codes. Then head over to The Flash: Project Speedforce on Roblox.

Once there, simply click on the Unlockables Button while on the main screen. Then paste your code where it says “Enter Code”.

You can join the Official Roblox Group to receive additional in-game rewards including; An In-game Suit.

All of the codes found above have been checked through and Verified Manually. Simply hover over the code and click/tap to copy it, then paste it in the game to redeem the rewards involved!

You can find more codes for this game by simply following the developer’s Twitter account.
Tweets by SpeedforceDev

Official The Flash: Project Speedforce Discord Server to see game updates, find codes, as well as chat with the community!

📝 Update Log:
-You can now change what suit is shown on the podium in the cortex as a speedster
-Updated the character selection screen
-Added Blade to Savitar
-Firestorm can now be dampened by Cicada
-Cicada now has a bar for power dampening which indicates how long until it can be used again
-Water running now has particles
-The 25 million visits event is now over
-General Bug Fixes

⚡ Run around Central City as The Flash, roleplay as your favourite DC characters or even fight others to earn Flashcoins to unlock new stuff!

🎁 Join the Group for more fantastic suits in game:
https://www.roblox.com/groups/5233163/CLICK-HERE