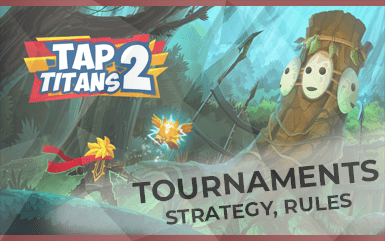 Are you interested in participating in tournaments against other players for special rewards? Well, if you are, learning about tournaments on Tap Titans 2 is the first step.

Joining tournaments have no costs or repercussions and are lots of fun. So, why not give it a try, right?!

Tournaments happen weekly and they are a fun way for players to compete for prizes. When you join a tournament, you get placed into tournament groups of your level and around a similar time that you’ve joined. Joining tournaments right as they start is ideal, but joining late does not place you at a severe disadvantage because of the well thought-out algorithm.

Each tournamemt bracket can fill up to 200 players, but it varies (Sometimes 100 or 50 players instead). Every player who joins a tournament will get a prize. As expected, higher ranks will get better rewards so try your best to be the #1 undisputed champion!

Currently, there are two types of tournaments.

You can have eligibily to join both of these tournaments when you’ve reached a high enough stage in the Main Game.

Check here for both Tournaments… 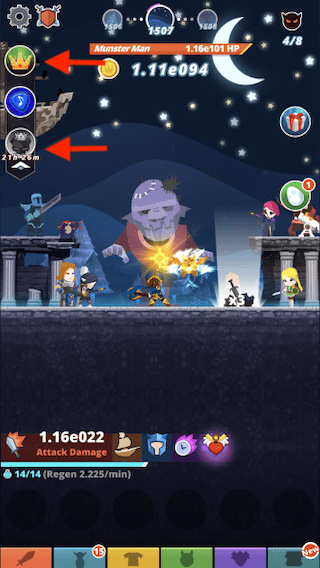 The Tournament Button will have color if there are active tournaments going on that you can join.

Standard Tournaments happen every Sunday and Wednesday, lasting for 24 hours. You will have to Prestige in order to join the tournament so that everyone has an evening playing field. Make sure to use those prestige relics you gain to discover/upgrade artifacts.

For the Tournament, you want to reach the highest stage possible. You will be using your assets that you’ve already gotten.

The Standard Tournament Rewards are placed into 10 Brackets.

These Brackets are determined by your level.

Additionally, you will get Seasonal Pass reward currency from tournaments.

Every Standard Tournament has special Bonus Rules that make the Tournament unique.

These Bonus Rules will be one of the following… 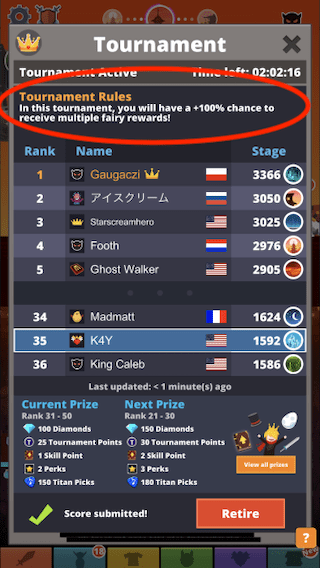 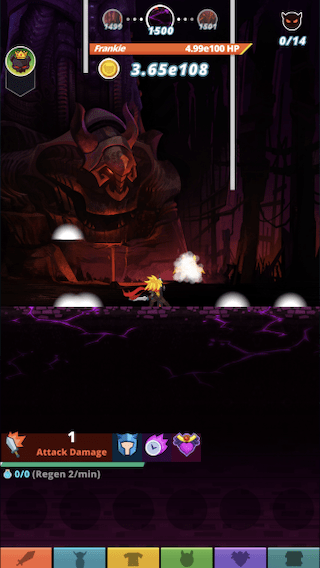 You can always return to the main game during an Abyssal Tournament. 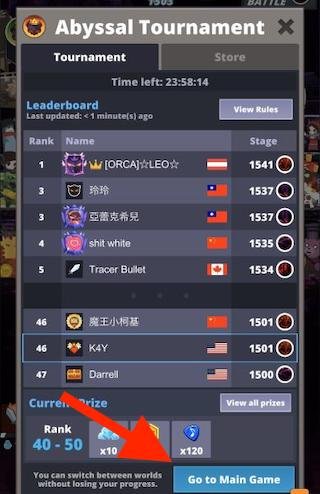 Each Abyssal Tournament consists of 50 Players. Like all Tournaments, the goal is to reach a higher stage than all the other opponents by the time the 24 hours end.

There are no Brackets in an Abyssal Tournament because all players compete with the same assets.

This means the ranked rewards stay the same for everyone, no matter their level. 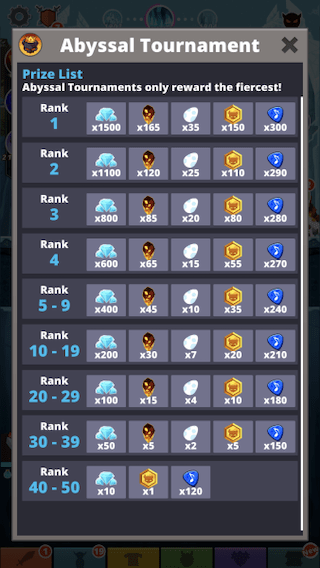 Every Abyssal Tournament has special Bonus Rules that make the Tournament unique.

Note: Corrupted Diamonds are the currency in the Abyssal Tournament. 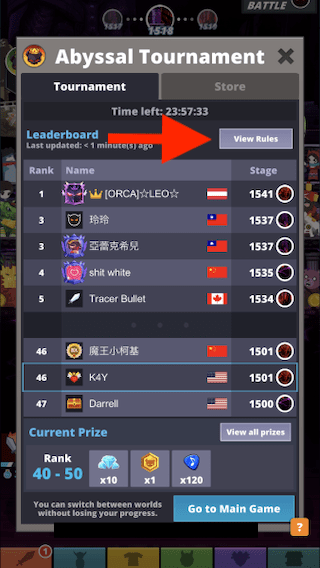 These Bonuses Stay the Same for every Abyssal Tournament Type… 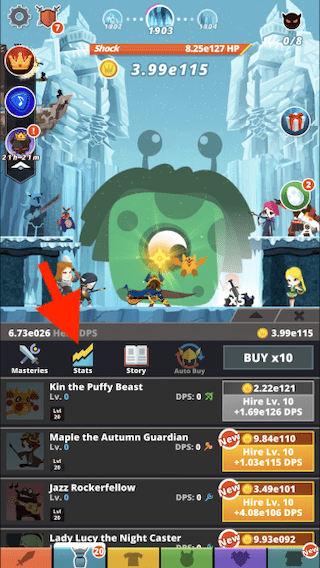 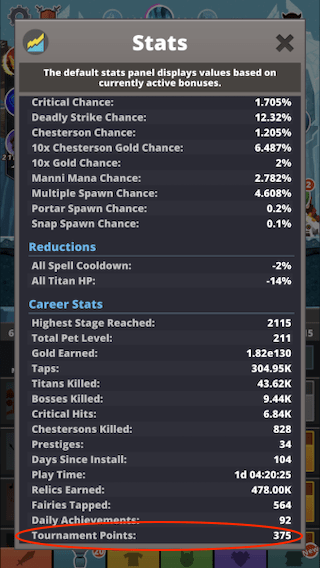 What are Tournament Points used for?

These upgrades happen automatically and you will not have to do anything.

← Prev: Tap Titans 2 Heroes Next: How to Update Among Us (Bluestacks, iPhone, Android, Console) → 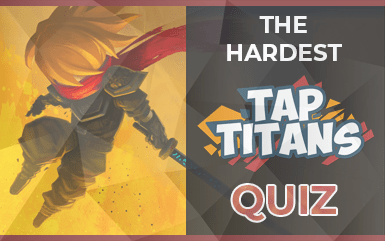 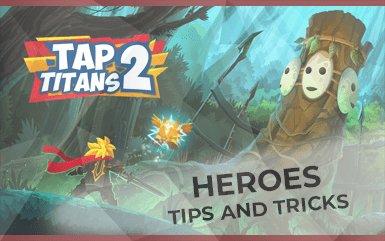 In Tap Titans 2, hiring heroes to help you is essential! As a team, you and your heroes work together to defeat...